The aging workforce of the utility industry is posing a unique staffing problem for most electric utilities across the country. As experienced workers move into retirement, utilities are often finding there is not enough new talent to fill the vacant positions. Cleveland Public Power’s (CPP) Apprenticeship Program aims to change that. 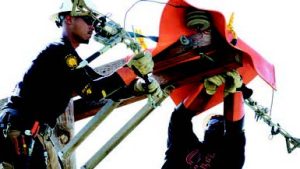 Ivan Henderson, CPP commissioner, was faced with this challenge when he first joined CPP in October 2006. Within his first week, he was asked to find a solution to the problem.

“The union president asked to meet with me regarding what he described as a pressing staff crisis,” said Henderson, who also serves on the AMP Board of Trustees. “He shared with me the large number of skilled labor resources that would retire over the next five years.”

According to Henderson, the crisis was a result of CPP’s inability to hire skilled labor quickly enough to keep up with the number of employees that would soon retire.

“The question became ‘how could we fill the void?’” said Henderson.

The existing apprenticeship program, which was not rooted in the local school system, was proving ineffective. Henderson came up with an idea for a partnership that would help address the aging workforce problem and benefit both local students and the utility.

“Shortly after first learning about this shortage,” said Henderson, “I read a newspaper article that discussed the problems with the Cleveland Metropolitan School District and the lack of opportunities for students within the school system.”

Henderson reached out to Mayor Frank Jackson and shared his idea about forming a partnership with the school system through which qualifying Cleveland high school students could apply for an internship to become apprentices in the utility industry. With the mayor’s approval, Henderson connected with the Cleveland Metropolitan School District (CMSD) to take next steps, sharing the vision that he and the mayor had for the program. The school district was receptive and helped put the plan in motion.

“At that point we had all three key players involved,” said Henderson. “Less than two years later, we welcomed our first class of students.”

The recruiting process for the program began in March 2008. A team from CPP visited local CMSD high schools, where they shared program information with both students and parents and explained the career potential within the utility industry. To further spread the word about the program, CPP also used radio advertising and included informational inserts with utility bills. Through the information sessions and materials, those interested were encouraged to apply to the program.

The first CPP Apprenticeship Program class took place in May 2008. Out of 25 interested applicants, 11 students were selected. Each applicant had to meet specific criteria outlined by CPP to be considered: a recent graduate of a CMSD high school with a minimum cumulative GPA of 2.5 and 93 percent attendance record. 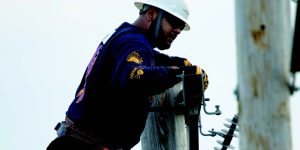 “These young people are usually not interested in college,” said Henderson, “But they want to earn a good living and learn a new skill. Some participate in our program and go to college part time.”

Interested candidates who submit paper applications to CPP and meet the requirements are evaluated by a committee that consists of Henderson, representatives from the Local 39 Apprentice Board, one human resources representative from the Cleveland Department of Public Utilities, and apprenticeship team representatives selected by Henderson. Candidates complete in-person interviews with this committee and after discussion between committee members, the applicants are narrowed down. Approximately 10 are selected and extended the opportunity to participate in the Apprenticeship Program.

As participants in the program, those selected from the application process begin as student assistants, where they complete a set of tasks including earning a CDL license, pole climbing school and safety training. After completing these requirements, students are assigned to a crew and become observers. Students remain assistants for approximately six to 12 months before becoming intern apprentices.

As intern apprentices, participants are entry-level Local 39 members, allowing them to serve as ground workers and line helper drivers for their assigned crews. Intern apprentices also have the opportunity to apply for apprenticeships within a discipline of their choice, including cable splicer, transformer repair worker, low tension lineworker, electric meter installer, line helper driver, gas turbine mechanic and lineworker. Each of these paths offers apprenticeships that are certified by the State of Ohio. After completion of a civil service test and acceptance into an apprenticeship position, program participants are able to transition from interns to apprentices.

The program is designed to be completed in four years, with participants engaging in varying amounts of class and field work depending on the chosen discipline, individual skill level and state apprenticeship requirements. After completion of the program, they become full-fledged apprentices in their chosen discipline, able to advance in their utility careers and become journeymen.

Approximately 76 students were selected to participate in the program between 2008 and 2015. Of those 76 students, 60 successfully completed the program and graduated. 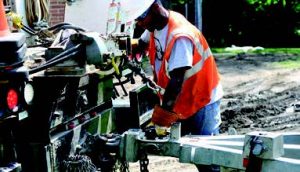 According to Henderson, the program has not only benefited the utility industry by producing more skilled workers, but has also helped improve the lives of those who complete the program.

“Many of the young people have purchased vehicles, homes and more,” said Henderson. “They have worked more overtime, even when most of the more experienced linemen opt out.”

CPP has shared the success of several of the program participants. One student noted he has been able to purchase his mother a vehicle, build his own house and provide for his family as a result of completion of the program. He has helped his siblings graduate from high school and provides positive leadership, encouraging them to further their education and attend college.

Another student who completed the program has been able to purchase a house for his parents and has become an integral part of CPP’s AMP Lineworker Rodeo team, acting as a leader and maintaining a positive attitude.

Even those who are unable to pass all courses in their chosen discipline can find a place within CPP. One student was unable to pass a pole climbing class, preventing him from fully completing his chosen track and becoming a lineworker. Through the apprenticeship program, he was able to become a line helper driver with trouble crews instead, allowing him to complete the program and stay in the utility industry. That student and others like him will have an opportunity to apply for the other apprenticeship opportunities that do not require pole climbing.

Through the CPP Apprenticeship Program, the city is finding ways to help local students learn new skills and develop a positive career path, while staffing a workforce that is seeing a growing number of workers reach retirement.

“In my eyes,” said Henderson, “The CPP Apprenticeship Program has been a great success for both the utility and the community it serves.”

To learn more about CPP’s Apprenticeship Program, visit the Student-Intern Program page of the CPP website.