When first considering whether to build the Belleville Hydropower Plant, AMP members, led by Jackson, Ohio, considered the history of hydropower and how it might benefit our member communities into the future. Hydropower is the oldest source of power generation, and to this day, is the most prevalent form of renewable energy generation in the world. 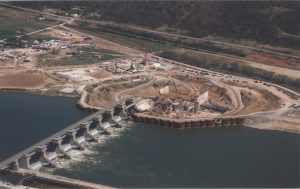 Hydropower is the single most reliable source of renewable energy on the planet. So long as there is water flowing through our rivers, hydroelectric power will almost always keep flowing.

It did not take much digging to understand why this technology has been so resilient over its long history. Hydropower is the single most reliable source of renewable energy on the planet. So long as there is water flowing through our rivers, hydroelectric power will almost always keep flowing. Unlike other renewable generation sources, run-of-the-river hydropower remains reliable, plentiful and responsive to load patterns.

Understanding the great benefits that hydropower has to offer, 42 AMP members collectively developed the Ohio Municipal Electric Generation Agency (OMEGA) Joint Venture 5 (JV5), a cooperative project that includes the 42-megawatt (MW) Belleville Hydropower Plant and approximately 26.5 miles of 138-kilowatt transmission facilities. AMP developed and operates the Belleville Hydropower Plant on behalf of the OMEGA JV5 participants, which became the cornerstone of a hydroelectric fleet that became one of the largest deployments of clean, renewable run-of-the-river hydroelectric generation in the country.

This year marks the 20-year anniversary of the opening of Belleville Hydropower Plant, AMP’s flagship hydroelectric facility. Hydropower is one of the planet’s most reliable natural resources, and AMP is a market leader in run-of-the river hydroelectric operations. 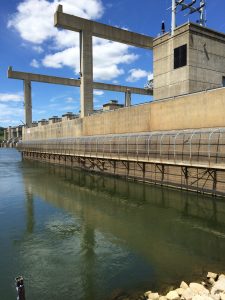 As we look back at Belleville’s 20-year journey, here are some of the highlights:

The benefits of hydropower are plenty, which is why AMP went on to deploy one of the largest run-of-the-river hydroelectric fleets in the country, bringing more than 300 MW of new capacity online. Hydro projects like Belleville offer access to some of the cleanest, longest-lasting renewable energy on the planet. They offer unmatched reliability, responsiveness and safety, while utilizing a plentiful and reliable resource as fuel. They offer an incredible investment in the future for both the communities they are built in and the communities who utilize them.

Hydropower provides us with the key to a clean-energy future, and AMP is proud to celebrate Belleville, the flagship for run-of-the-river projects across the country, on its 20-year anniversary.

For more information about the Belleville plant, AMP’s run-of-the-river hydroelectric fleet or hydropower in general, visit the hydroelectric power page of the AMP website.