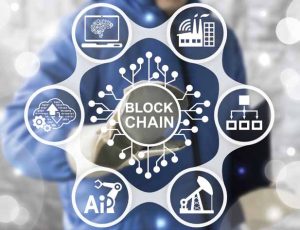 Turn on the news or open the paper and you will probably see a piece on blockchain technology. In most cases, the report is probably about Bitcoin or another crypto-currency, which seems to be making some people rich and leaving you confused.

By this point, you have probably attempted to learn more about this technology. It is also likely that someone else has attempted to explain this technology to you. In both cases, many people often find themselves just as confused, if not more so, than they were before they started.

One of the most common problems in learning about blockchain and crypto-currencies is that the explanations involved usually provide information that is far more technical than the average person needs. In fact, the tendency to over-explain these technologies is often the root cause of most people’s confusion.

Understanding the basics of blockchain

For the purpose of simplification, we will think of that decentralized, distributed ledger as a shared record book, in which you and many other people will record transactions. So, to break that down, think of the following:

The basics in action

As a basic example, you and 299 people all decide to use a shared record book to keep track of your finances and transactions. In an effort to do so, you and 99 other people take responsibility over the record book and ensure that finances and transactions are properly recorded for all 300 people. Rather than having a single record book in a central location, such as the bank, each record keeper has their own copy stored on their computer. All of these record books are linked. If any one of the 300 people using this system makes a transaction, it will immediately show up in all 100 copies of the record book. All 100 record keepers will then assess the new transaction and confirm or deny its authenticity and accuracy.

You then decide to give your friend Hank $2,000. The transaction is added to the shared record book and all 100 record keepers will confirm that you have indeed agreed to send Hank the money. In order to do this, you access your account using a secure password and provide the 100 record keepers with information about the transaction, along with your confirmation that you wish to send Hank money. Being that there are 100 official record keepers actively witnessing the transaction, counting the money and comparing results, confirmation is completely accurate. Since these 100 record keepers have made sure to confirm that this money transfer is legitimate, the transaction can happen instantly, allowing a money order, which could take the bank hours or days to process, to happen almost instantaneously. This shared record also makes it nearly impossible for manipulation or mistakes to occur in a transaction. If, for some reason, one of the record keepers attempts to change that $2,000 figure to $3,000, the other record keepers would not come up with the same result as the manipulation. The change would then be denied in the record book, as the other 99 record keepers would have reached consensus on the intended figure being $2,000.

What is the benefit of this system?

Now take this basic idea and extrapolate. This shared record book we have been referring to is an advanced, secure computer program, divided up amongst hundreds, thousands or even millions of computers. Rather than individual people acting as record keepers, this automated program is running on many individual computers.

Transactions can be set up to occur when a certain, preset threshold of requirements are met, known as smart contracts. This could prove to be a useful application in the utility industry. For example, a community-owned battery storage unit can be programmed to charge up when there is an excess of electric being generated at a time when there are fewer willing buyers, and to discharge that electric when there is no excess electric being generated and there are many willing buyers. Even individual consumers could take part in this service by signing up to sell some of the electricity that they may have stored in their electric vehicle (EV) should certain thresholds be met, such as minimum prices.

Blockchain applications can also increase the security of accounts and transactions. As things stand now, a skilled group of hackers could infiltrate a bank’s computer network and wreak havoc. Up against blockchain technology, those same hackers would be required to hack into the vast majority of those 1 million nodes (record keepers) in order to accomplish the same feat. Even if a blockchain system only used 100 nodes (record keepers), it still substantially increases the layers of security over the current system.

Where do we go from here?

Blockchain technology is still in its infancy. Most of the major potential changes that this technology may bring are still many years away. However, it is important that we learn about this technology so that we might understand how it can benefit public power. Blockchain will likely interact with many of the other technologies that are poised to disrupt our industry, and we want to understand how all of these different pieces fit together before they get here. AMP is taking steps to stay ahead of this technology. We will continue to monitor its advancements and consider how it might be useful for our members. As always, we will keep our members updated. If you have questions about blockchain, please do not hesitate to reach out, as there are probably still many questions that we ourselves have yet to ask.

Read more about the services that AMP provides to its members. For more information on blockchain or similar technology, contact Branndon Kelley, senior vice president of technoloogy and CIO at [email protected]